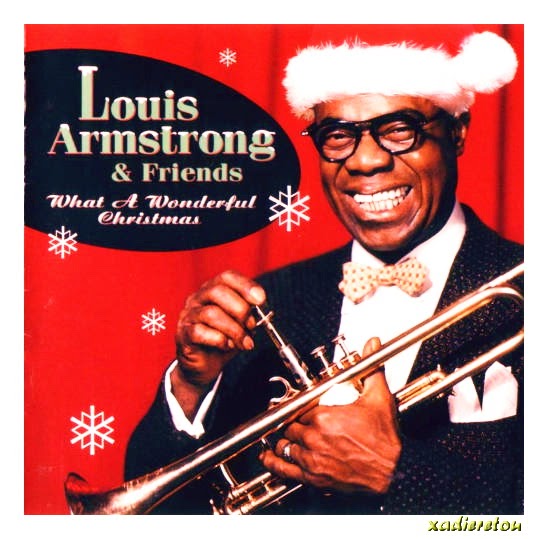 "What a Wonderful Christmas" by Louis Armstrong and Friends

Emma: "Zat You Santa Claus?" is a track on this album. And sounds like Louis Armstrong does The Nightmare Before Christmas. It's great. And representative of the flavour of this whole album. Sense of fun mixed with actual incredible musical ability(ies). At last.

Charlie: If nothing else, this album has introduced a new Christmas meme to our holiday season— Armstrong's inimitable (though of course we try) "'zat you, Santy Claus?". His voice is (obvs) great, lots of good hot band playing, although it's ultimately not super Christmassy-sounding. Probably more worth putting on the whole album as a change of pace in a day of listening, rather than mixing it in the giant shuffle playlist. Fun AND musical— recommended. 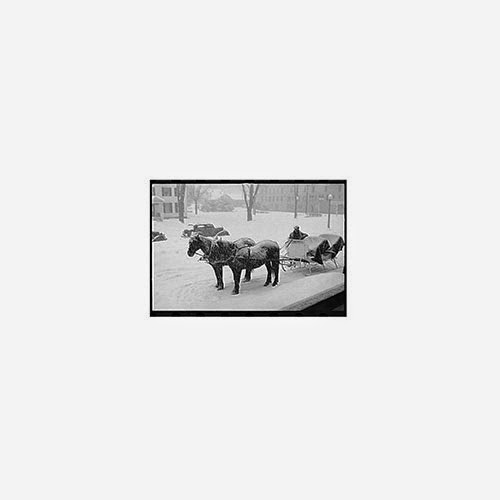 'A Christmas Album' by Bright Eyes

Emma: Hm. Well. This album has a lot of interesting sounds on it. Musical saw-like sounds, for example. Bright Eyes' distinctive voice, for another. Myself, I'm not a very big fan of his indie sort of maybe best described (sorry all my fan friends) as whiney. Doing festive standards. Maybe your thing? Not mine.

Charlie: Bright Eyes made a name for himself in part by wrapping his emotion-filled warbles in songs and production that made it seem on purpose, and even at times beautiful. For a Christmas album, though, there's no changing the original tunes. And so: the result is very nearly unlistenable. Sorry, Conor. Sounds like it was a fun day in the studio, but I'm not buying it.
Posted by Emma at 05:13 No comments: 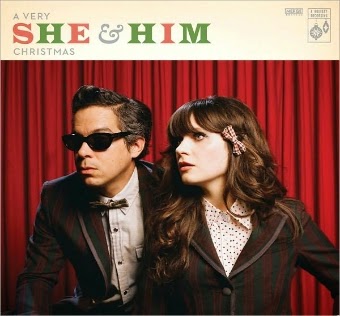 Emma: I like M. Ward. I think he brings a nice, refreshingly modern twist to a retro 60's sound. Sounds to me like he did a lot of the instrumentals and arrangements here. Unfortunately, though, he does very few of the vocals. That's where Zooey comes in. And, unfortunately, despite heavy production help in the form of generous reverbs, double-trackings, and softenings, she is first and foremost an actor. Not a singer. Nope. Her voice is styled as gentle and soothing, but is always thiiiis close to out of tune or out of breath or out of control, and lacking in original stylistic ideas, doing the Billie Holiday songs with the Billie Holiday stylings, the Elvis ones with his, etc. coming across as more karaoke than actual-musical-interpretation, or interesting...

Charlie: I was excited to listen to this one, having heard about She & Him from the hip city weeklies or whatever. Also Deschanel is good at the acting and Ward is good at the musics. However, this album ultimately disappoints: Deschanel brings extraordinarily little to each track, combining unconfident singing, dodgy pitch and an utter lack of interpretation into a sort of karaoke album. It sounds like a hobbyist's release— which, fair enough, this isn't either of their main careers— but I don't feel any need to listen to this again. 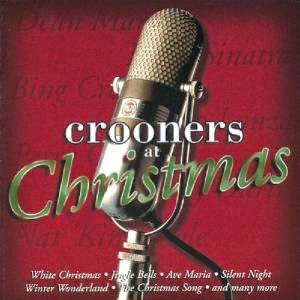 "Crooners at Christmas" by Various Crooners

Emma: This would be the most soporific album ever IF it was properly mastered, but, since it jumps wildly in dynamic from one track to the next, and between the tracks and the patched-on-fake-live-applause after them, what it actually is is sleepy then annoying then sleepy then annoying... A little bit of well-produced crooner is lovely. A whole lot of badly scraped together ones is barely tolerable.

Charlie: This lugubrious set of tracks should come with a warning label: Do not listen to this while driving a car, operating heavy machinery, or in any other situation where drowsiness would be hazardous. It's interesting enough as an overview of the cultural phenomenon of 'crooners'— enabled by the then-new condenser mic technology in the 1940s and '50s, which allowed a singer to sing quietly and still project over an ensemble. However, the CD is extremely sloppily produced: uneven volume levels and weird between-track edits point to a rush job and shoddy mastering, and the inexplicable inclusion of two '60s songs which are (a) not sung by crooners and (b) not about Christmas, thus completely voiding their eligibility for inclusion according to the criteria of the title. Additionally (c) they are unreasonably bad as songs. Recommendation: About 1/3 of these tracks should be on your Christmas playlist, but get them via a different recording. 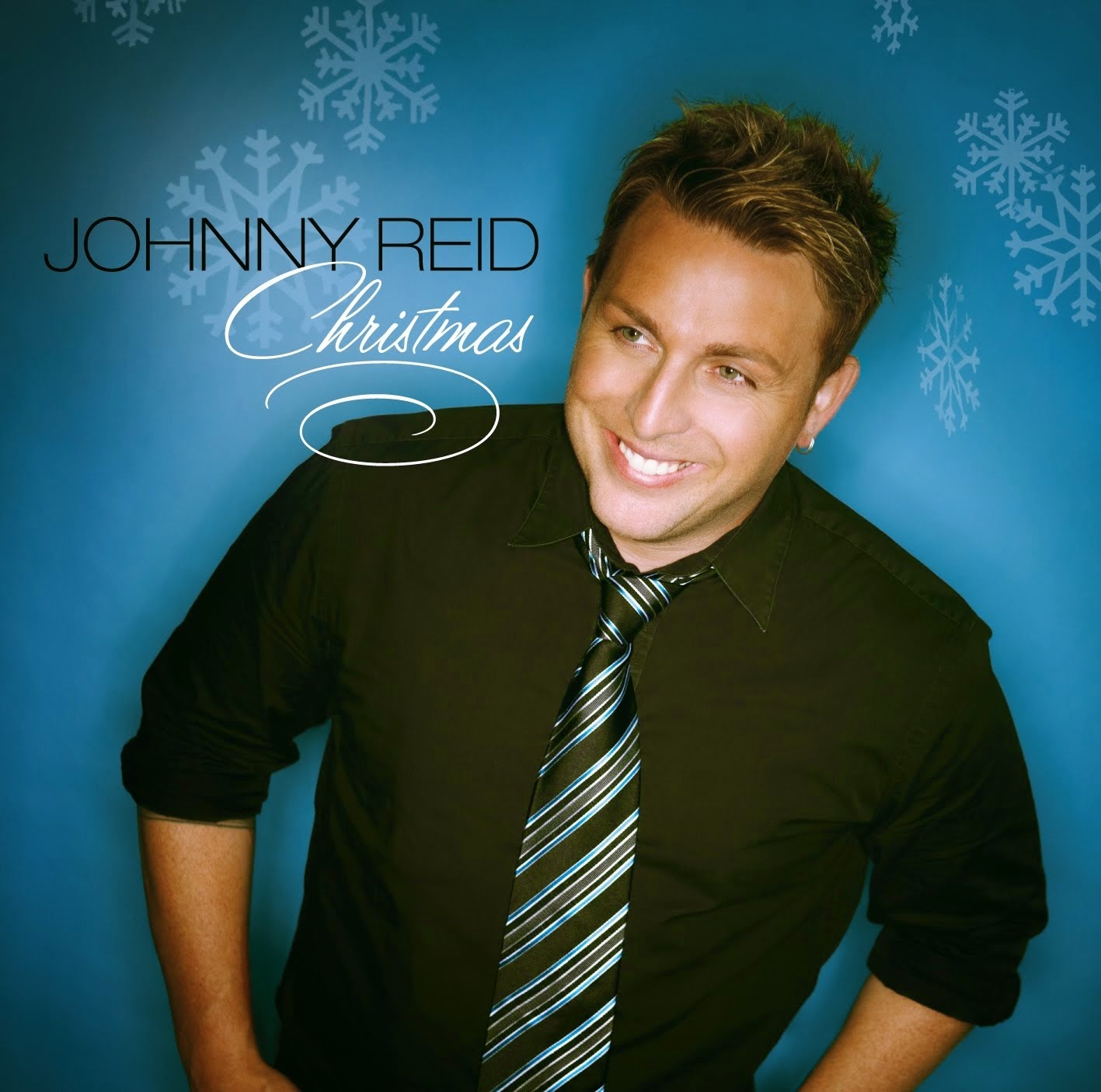 Emma: I'll be honest, the album cover here did not inspire confidence. I'd never heard of this chap and was putting off listening to this one until it was the last thing in the cottage. Looks like: Over-produced smarm-jazz. But: It isn't! It's pretty darn good country/honky-tonk. What?! Who hired that photographer?

Charlie: To look at the cover, you'd never imagine what this sounds like. So first recommendation: Johnny, fire whoever talked you into using that picture for the cover art. In all the liner note pictures, he looks the way he sounds: Pleasingly rough, energetic, country/rock with a good dose of retro. We'd have been more likely to listen to this record if it weren't for the weirdly plastic, genreless cover photo. Was it a jazz album? Crooner? R&B? Country would have been my last guess.
But enough about the cover: the album was a wonderful surprise— solid arrangements, a great voice and good performance, no spoken-word track (!) and takes on some traditional tunes that outdo the 'standard' rendition: His "Blue Christmas" is leagues better than Elvis', and his "Little Drummer Boy" is possibly the best recording I've heard of that song— usually it makes me want to claw my ears off. Probably the first track, "Silent Night", is the strongest, but the entire album is definitely a must-listen.

Emma
Playing for everyone and everything.

The family and the friends